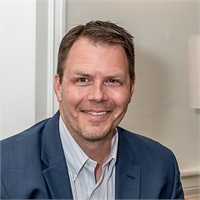 Paul started with Waddell & Reed in 2000, while living in the state of Minnesota, then entered management in 2002. In 2004, Paul became district manager for the Grand Rapids and western Michigan Division, with a focus on training advisors. In 2012, Paul returned full time to the financial advisor role, which is what he enjoys the most. Soon after that, Paul consolidated his practice with his wife Peg, who has been with Waddell & Reed since 1999. In 2017, both Paul and Peg co-founded Connect Financial, which now consists of five licensed associates and advisors, and two office managers.

Along the way, Paul received his RFC® designation, and in 2019 he received the BFA™ (Behavioral Financial Advisor) designation. This gives Paul a greater understanding of the role that emotions play in the decision-making process. As a BFA™, Paul agrees that traditional financial models can be deeply flawed because many assume that individuals always make pure rational financial decisions based on logic and with no emotion involved. This is rarely the case. The belief of a BFA™ is that a blend of traditional finance and behavioral finance may help an individual make more informed money decisions throughout their entire investing lifetime. Paul believes this only comes from an informed respect of multi-decade market and economic history.

Paul enjoys reading, camping, exploring the outdoors, motorcycles, bicycles, brisket, macaroni and cheese, and cherry pie. Paul and Peg have been married since 2011 and he has one son, Joshua, who was born in 2002. Paul and Peg currently have two cats, and someday they’d like to have a dog.